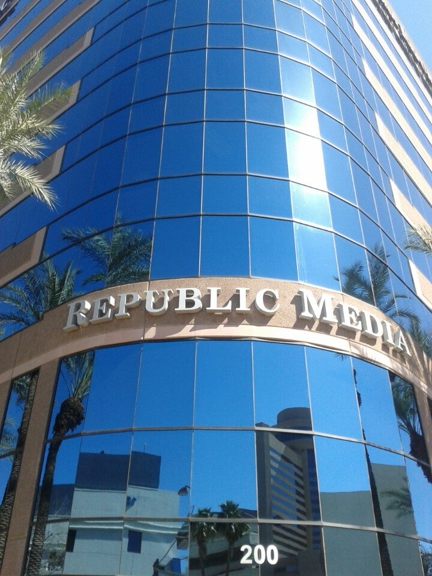 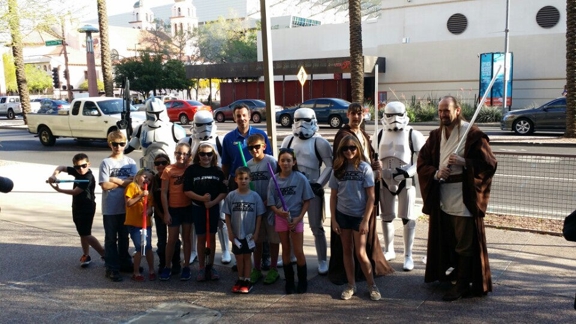 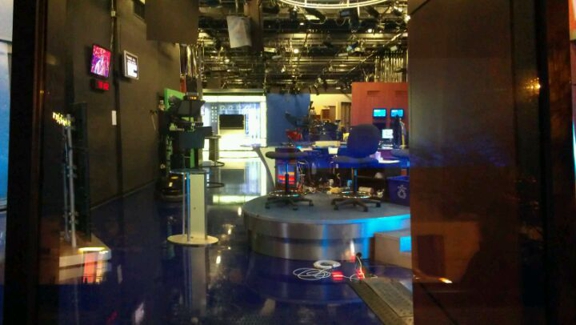 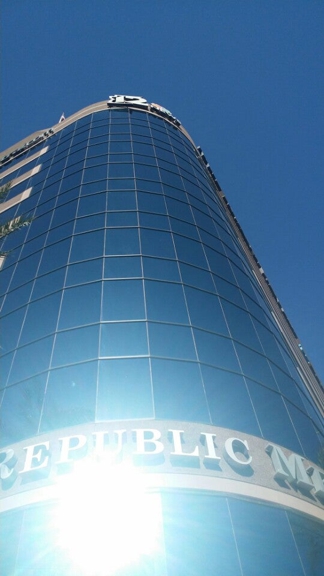 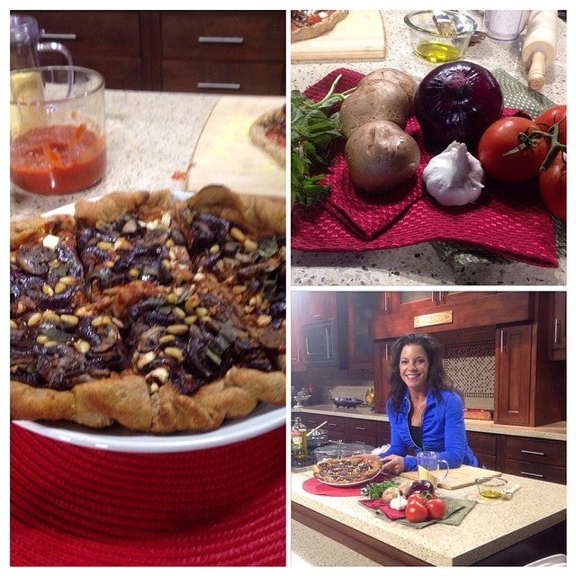 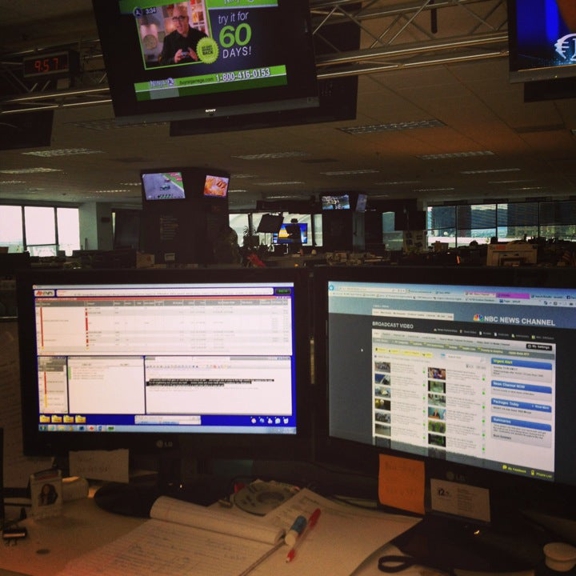 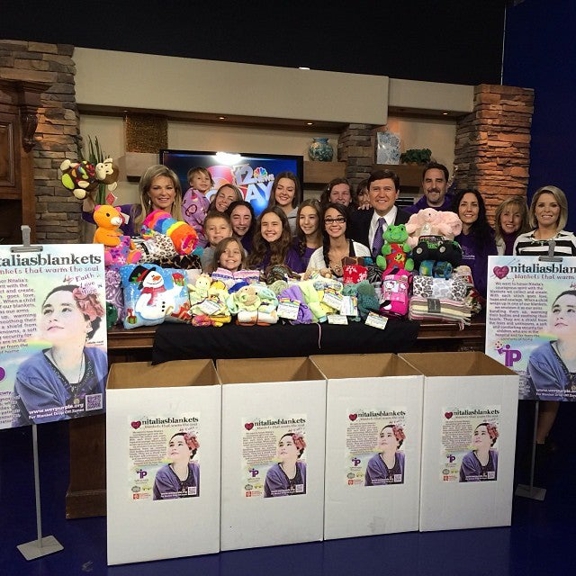 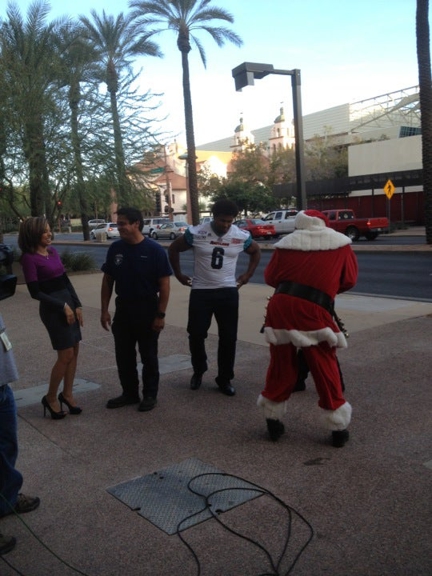 After watching the Cardinal game Sunday I stayed with channel 12 for the post game coverage. I could not believe that a home town station would have the nerve to disrespect the home town fans by showing the visiting team celebrating their win, rubbing it in the face of cardinal fans. I have never seen a home town station do something like that in my life. Not only did you show them celebrating you had to interview them as well, this is something you would never see in cities like NY, Chi, Boston, LA, not even in Seattle. I don't know who signed off on that piece but they owe the people of Phoenix a real apology. The Cardinal fans probably wont get because they won't demand it like they would in other cities, and we wonder why there's no pride in Phoenix like other cities. Unbelievable!!!

I like to watch "Dateline" and it only comes on about twice a week. So, the show had just come back from a ton of commercials when BRILLIANTLY channel 12 breaks in and interrupts for about 5 minutes to announce that a jet fighter had to land at an airport ! big deal ?!......and the report droned ON and ON with the same image, it could have been over with in 10 seconds but no. The interruption actually DIDN'T HAVE TO HAPPEN AT ALL. It was not that earth-shaking of a news story. Why break into a TV program for something that is NOT life or death, NOT major news at all ? In fact of scared me, I thought oh no, what news will this be ? Then I got mad - they couldn't wait for their stupid news show to come on to tell people about that ? WHAT A LOAD OF B.S.

A number of us that live in SE Gilbert use the morning traffic reports by Emma as our guide to the surrounding area. PLEASE stop referring to the 202 as such, and specify it is either the San Tan Freeway or the Red Mountain portion! Other than that it has great coverage.

DO NOT WATCH Channel 12 News! I am still in shock, but last night, on August 30, 2011, they aired PORN right in the middle of their newscast. Start saying a NM officer had sex on-duty- then all the sudden, there's a PICTURE of it, right on the screen! & they keep it there for a long time! And they're supposed to be a family news station? I don't think so! What were they thinking? So be warned, if you have good values, I'd stick to a different news station- you never know what this one's gonna throw in in the middle of the news while you sit there watching... I still can't believe they did that! They lost us as viewers

I was extremely disappointed in your newscast last night. Mark Curtis was standing up there saying that it has been years since Wall Street dropped so much. In actuality, it has been three years. I appreciated how channel 5 reported it way more than your newscast. I think you are losing listeners and your EVB stuff is dumb. Let's just be normal and not exaggerate the story.

I have a great grand doughter here in kingman az. 2 of them, taken away from their mother. one went to her g mom in calif. thats ok. but they are trying to adouped the other out to strangers, when i'm perferly able to raise her. She knows me. they ,cps gives me all kinds of excess why i'm not right, they are wrong. I can not aford a lawyer,I wrote the judge, and the att. gen. nothing yet from them, I won't my g.g. doughter or at very least b allow to b a part of her life. their is lots more , would take up to much room. Can you'll help me. thank u Shirley Farabee

Where is your journalism people? I never heard who or what caused her death? Was she hit by a car? Did she fall off her bike accidently? You failed to "report" the full story? You resorted to sensational journalistic practices of exploiting the emotions of the family, shame on you! We deserve better reporting, otherwise TMZ should serve as your new journalistic bar.

I live in Payson,you are the only channel that comes in as I cannot afford cable.while I appreciate that I get your channel at all,WHAT is with the programming,let me share a rundownwith you.Saturday afew cartoons,OK,later ads,alittle later some of the dumbest game coverage I have ever seen,Sat.night, reruns of what was on thurs,Sun.politicsand football games starting at 11 am of what sports are coming,the day is football until 10:00,and oh please the sports talk afterward.Please help us that do not have cable,look into some varity,what happened to the wonderful Christmas movies and in its place SNL holiday special,vulgar there is no where else for us to look.

I could have missed it, but I don't think so......Why did the producers of the evening news elect to "dump" the distasteful, discusting and visually horrific vision of Pit Bulls tearing at one another _(right into the viewers faces) without a pre-visual warning, which is customary with responsible news organizations? As a pet owner, and regular viewer of your station, I was more than disappointed with your insensitivity to the viewing public. Yes, there is a sad story associated with "some" of the warped owners of this dog breed. But, forcing the visuals, without the pre-cursor warning, to your viewers smacks of sick, sensationalism by your news organization.

I was shocked but not surprised seeing the scoreboard of the NY Jets/Miami game in Spanish tonight. Enough is enough. How are the Latinos going to learn English when more and more media sites are in partial Spanish. I've traveled in every Central American country and the media isn't in English but only Spanish.. Futbol Americano? I don't think so. Give us a break. I know the programing decision is not made in Phoenix but pass this along to corporate. Enough is enough!!!

What the heck is it with a THIRD news reader now telling us what the idiots on facebook have to say about a "feature" story just read by one of the so-called truth tellers. Who the hell cares about what the no-life idiots on Facebook, twitter or whatever have to say!!?? This marks a new low in "professionalism" if you could ever apply that term to today's info/entertainment. I won't waste my time watching the 5:00 news anymore - at least on channel 12...............

THE BIGGEST TACO EVER MADE 1.000LBS TOTAL, AND PHOENIX WILL HAVE THE GINESS WORLD RECORD IN 2011,IF YOU WANT TO BE PART OF THE EVENT ,PLEASE E-MAIL ME AT [email protected] AND i WILL LET YOU KNOW WHAT DAY THANK YOU FOR BEING PART OF HISTORY.

hey i was just reading on yahoo about the immigration law.. and they pulled the story.. whats with that??? just thought i would let sombody no that we'er being censored

We have been in the valley for 10 years now. Channel 12 news used to be the best at reporting the news not making the news. But, now with all the "you tell us what you think" type of thinking in the news room you have gotten away from reporting the news. What some person in Mesa thinks is not news to me. If there is not enough happening each day to fill up 2 -1/2 hour news segments then go to one 1/2 hour. Don't dilute good news reporting up to 1 hour because you have the time. I spent 18 years working at a newspaper. I know the discussions and time spent trying to stay on task with relevant, timely and interesting news. But, I think you have gone off track with making news not just reporting what has happened.

Please look at youTube.... "This is Freedom Justin Unger" Everyone should see this!!! He is from Prescott, AZ

When did monsoon become a season .Do we now have five seasons . Monsoon is traditionally defined as alot of wind with non stop rain fall for three-six days, accompanied by seasonal changes in precipitation . Stop calling it a season .

Your reporting of "unconfirmed" problems on the road to Rocky Point was way out of line. We just came back from Rocky Point last week and saw no problems. We have traveled that road for the past 40 years and have never been stopped. At least check the truth of "unconfirmed" statements befor you broadcast your "news"The code below could not be more truthfull.

I called the phoneathon, spoke with a rep and she told me BofA would return my call within 24 hrs.She also stated BofA was very negative,her opinion, would not call. Never received a call. I called the rep as she gave me her personal #. She went into detail to explain that BofA didn't care, left early, etc. She also gave me information on a short sale and asked me to call her to arrange an at-home consult for short sale.This person had her own agenda. Friday, George of BofA, Phoenix Assistance Office, called me to make an appt. to have my loan reviewed, "numbers looked at", after I gave him info regarding my current mortgage situation.He also went into detail that he never received my information, therefore, I wasn't contacted. He further stated he got my name of 12's blog when I sent my comments on thon. He explicidly told me that he used my name to find my loan with BofA. This meeting gave me denials, lies, negative info w/no answers. Pl call me to tell you more.

Have we all forgotten how we encouraged migrant workers to come to AZ within the not distant past? They became are nannies, our house-keepers, our yard crew, our builders, our crop workers, etc. We were happy to have them do those tasks for us! Yes, there is a problem at the border, but even the rancher who was killed was providing water for those trespassing - he had compassion. Where is the compassion in the new AZ law?

Tired of all the hype

Quit yelling "fire" and just report the news. I was watching the report of the Governor signing the new immigration law and Veronica Sanchez is obviously against the new law. Her hurried excitable voice was surely meant to incite people. It is terrible that the kids were used by their parents to obtain sympathy.Also, the viewer who said Fay Fredericks needs a make-over to be professional looking is right on. And the xcessive lipstick to make her lips look fuller is totally outdated and cheap looking. And she needs to take a breath at the end of a sentence. The "period" mean stop. Her fast talk without a stop at the end of a sentence is extremely annoying.She should take her time and say something meaningful.