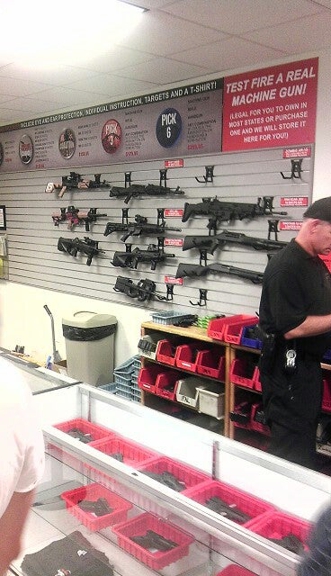 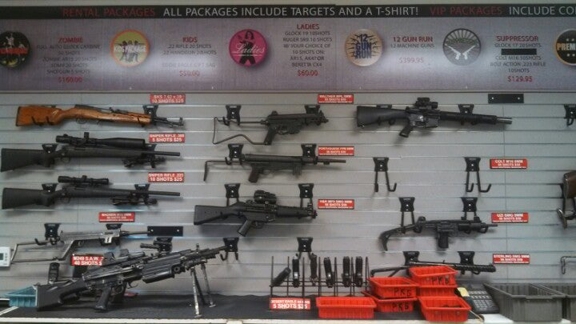 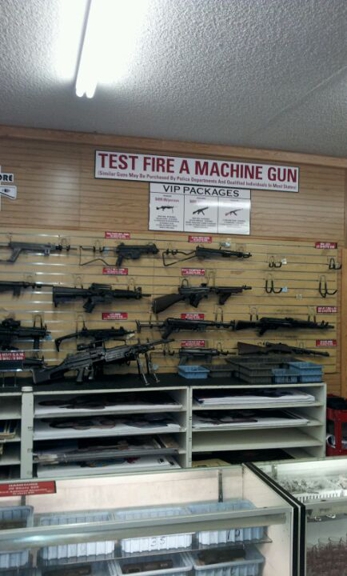 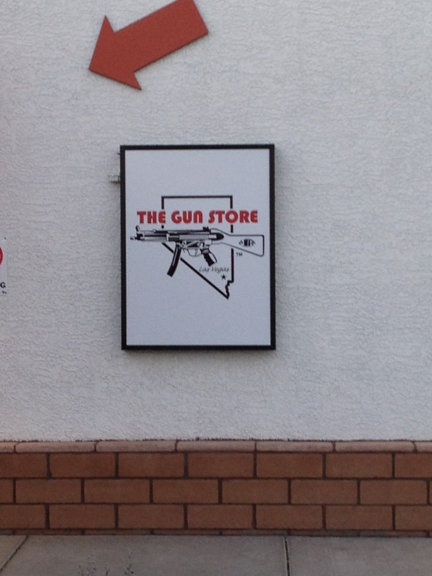 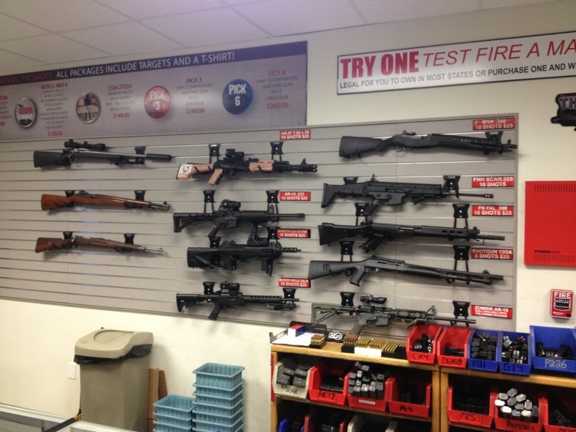 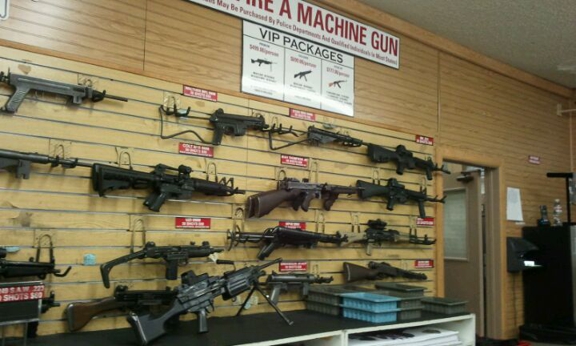 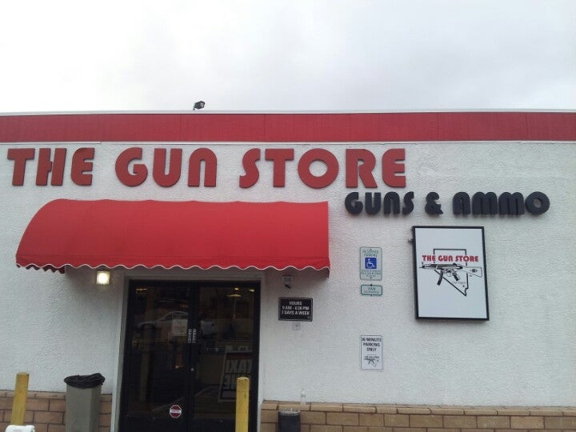 well these guys are a joke and there classes are a joke. total unorganized. don't waste your time they cancel and it takes a week to get back your money. just warning folks. go else where to take a gun class.

To a taxi there on a Saturday and was told there was a 2 hour wait. After purchasing our packages, the line never moved, we left after an hour and a half. I had no problem getting a taxi back.

This was the most fun I have had in a long time worth every penny, Next time I'm leaving the wife at the casino and spending more time here love it everthing was awsome. I don't get why there is so many complains your dealing with high power guns of course you need to be on your best behavier Some people don't know how good they have it.

I was worried about gun prices when I moved from Michigan to Nevada, but this store took care of that. Very fair prices, bought a .380 pistol for $275 (with a lifetime limited warranty). Very knowledgeable staff, I spoke with a former cop and an army reservist. I will be going back! Thanks!

THE WORST PLACE to go......unprofessional rude staff,unpleasant, no work ethics. NEVER will return to this store again. People go to this store thinking it's a good store but it's NOT, IT'S THE WORST. Let your friends and family know. We have to let these people know that this behavior is unexceptable, hurt them in their wallets, until they change their tactics. We advise you to visit other local gun stores or shooting ranges where you will be treated with respect.

This gun store is owned and operated by a racist and rude gang and 1 douchbag chinese fag, no cusomer service, the guy with go tee at range is a real low class douchbag who get rude to you because he has a lil dick, low collection of fire arms which cost 1 and a half somewere else , small store and range , ignorant range instructors, Avoid at all costs!

This Place is nothing but a tourist trap, Locals should avoid this store you can get better deals other places . they are very rude to you, they talk down to you like your a moron and thats even if you have some time using guns. Now they have this free CCW class going on , It bad and its way to many people, Another trap.

Everytime I go in there I get treated badly and finally I realized that I could go somewhere else.

Avoid the GunStore, they actually shout and scream at you with loaded guns in a very unsafe environment; it is the worst kind of tourist trap. Expensive, long lines, no instruction, no safety guidelines, and they actively try to intimidate customers (we think out of lack of respect and the hope you'll finish shooting faster to keep the line moving.) They seem to be the biggest Las Vegas gun-store advertiser (cabs, print, TV) and our concierge told us he get schmoozed by them all the time so that they'll recommend it,. For friends and family the concierge and LV locals recommend "Las Vegas Gun Range and Firearms Center" on Blue Diamond Road, it's safer, cheaper, less-crowded, easier to get to, more cabs, cleaner, and more fun. Stay clear of the gun store on Tropicana and visit a safer alternative.

Rude staff , so bad I almost took off . I stayed and got ripped off with the hoard of tourists , should have left . This is one of those customer is always WRONG businesses , its just too bad . The guns were in very poor condition and mine jammed 3 times on 1 clip , Hardly full auto fire . The most popular guns are Hot really HOT because they only had one of each and are under constant use with no cool down period . Avoid this tourist trap . The other firing range is much better up the road a bit .

I liked the store but the guys who work there are rude and arrogant. They won't see me very often.

Went in there to sell a gun because they advertise "Cash For Guns" in local papers. I understand I am selling the gun, and they need to make money on the gun. Therefore I know I will not get top dollar or retail value for my firearm. My gun retails for $400, I have $400 in extras with work done by a local gunsmith. It has never been fired, and in perfect condition. They offered me $75 for the gun, and acted like it was a deal. What a joke...I know they need to make money on the gun, but that was ridiculous. Inside the store as I looked around they hardly had any nice guns for sale. This place is more of a tourist trap than a gun store. They get the tourist to come in, shoot machine guns, charge them too much money. I do not recommend doing business with these guys.