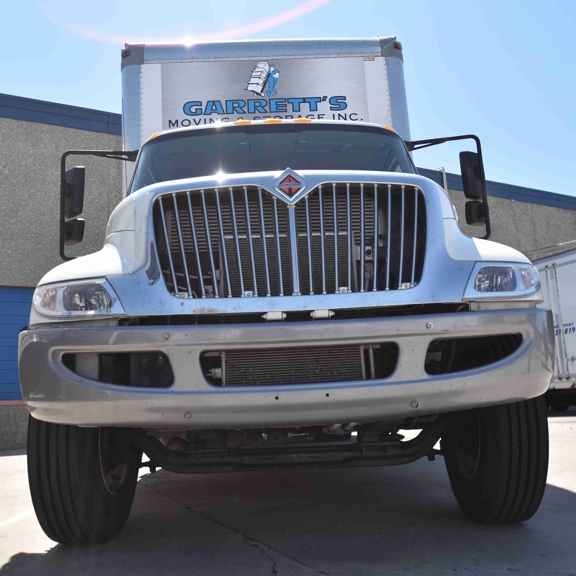 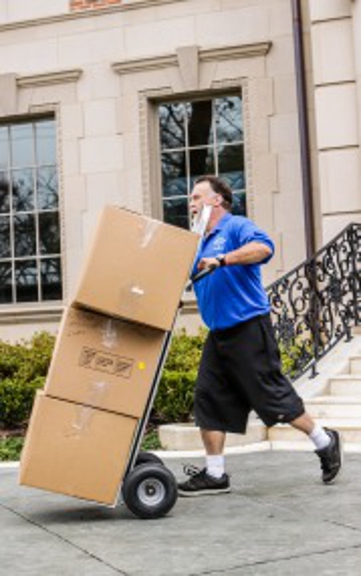 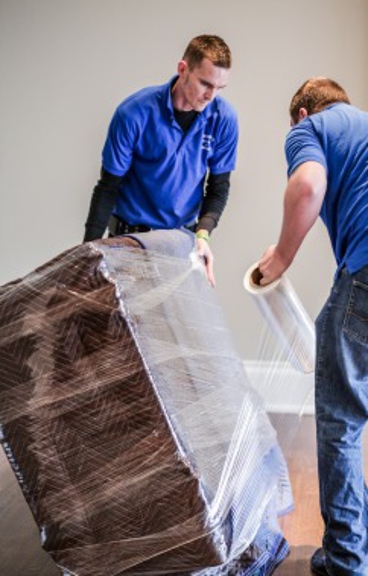 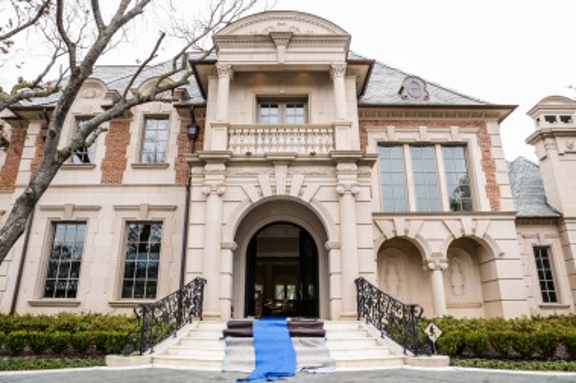 John and Robert came out on Saturday to help with our local move. They were both very hard-working and affable. They protected our old crappy furniture better than it deserved, and everything arrived to our new place fine and dandy. They even helped us move some items into a storage unit as we've downsized for a few months until our new home is ready. We moved from a three-bedroom house into a two-bedroom apartment on the third floor! This was a challenging move, but they stayed hydrated and completed the move successfully. Thanks! We're going to request that they help us again in the fall when we move to our new home.

Garrett's moving and storage made my move so much better! I've moved myself before and it's no fun. These men came and we're very polite and kind. They took allot of precautions to make sure nothing got damaged. The one thing that did they sent someone out very quickly to fix it for me. I was extremely happy with them and would recommend them to anyone looking to move.

8/2/2014: Move from Mansfield, TX to Sugar Land, TX. Garrett's was the absolute worst experience for a family that has been professionally moved 6 times in the last 15 years all over the world. I would never consider using this company again. First off, Brandon lost our quote, so I had to repeatedly provide the same information to their office staff for 3 weeks leading up to our move. They actually asked if I could scan and email them a copy of my quote. Then their communication leading up to the day of the move was poor and I needed to keep calling them for schedule updates and to repeat who I was and why I was calling. The (3) packers showed up and even though I was quoted (3 employees x 8 hours) they gave me a dismal 5 hours of lazy work with one even being pregnant. Things were thrown in boxes unwrapped (like drawers being pulled out and dumped in) The work was incomplete and I had to call them back to finish the job, and that turned out to be just as poorly done for the items missed (all discovered at unpacking). I realized why they were anxious to leave so quickly, as they had to work a secondary job creating a delay in returning to my home the 2nd time. Throughout the process, they started using some cheap Lowe's boxes that I had stored in my garage to apparently $ave Money and cheapen the packaging (boxes now getting crushed). Things were poorly labeled and most were unlabeled complicating at the unload forcing us to haul boxes back to rooms all over our new two story home. Can you imagine opening boxes that were labeled bathroom and finding a toilet plunger inner-mixed with sanitary bathroom items (gross)? Then the loaders came the following day, 2 hours late extending the day until 7:00 PM at night, instead of 5:00 PM as expected. Although we were told that they would be departing Dallas for Houston at 5:00 AM to arrive at 9:00 or 10:00 AM, they arrived and began working at around 2:00 PM (4 hours late). At unload, boxes were miss-located because of the poor (or no) labeling. The refrigerator no longer works, as the loaders wrapped it, had to unwrap it, had to try again to get it out of the kitchen, then broke the handle. As a result of the handling, the refrigerator no longer works. Also, I never received an inventory of items until dark as they were ready to leave. At which point the gave me a first look at the inventory list (written like an elementary student) to sign for both the departure and arrival of the goods. Now as we look for items, things were not received, most notably our $500 Dyson Vacuum Cleaner that was apparently stolen as it isn't even on the inventory list. So with the loss of the Dyson, the breakage of our Refrigerator and the unnecessary cleaning and movement of the delivered household goods, Garrett's was a miserable choice. I tipped the loaders and unloaders a reasonable amount In good faith, but now wish that I hadn't as I could have applied that to a new Dyson. I wouldn't recommend them as your moving company, unless you are a glutton for punishment. We'll see if the $300 insurance I purchased helps, but I don't hold much faith in this process at this point.

Services/Products
We are your full sevice movers. Local and lond distance mover. We move homes, offices and appartments. We all so have new 17000 sq ft storage facility.
Payment method
all major credit cards
Neighborhood
Northeast Dallas
Other Link