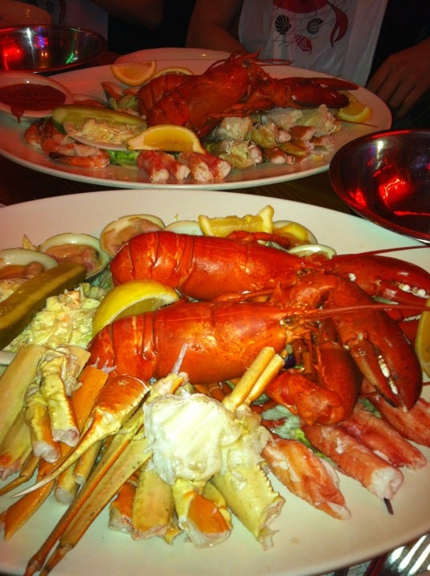 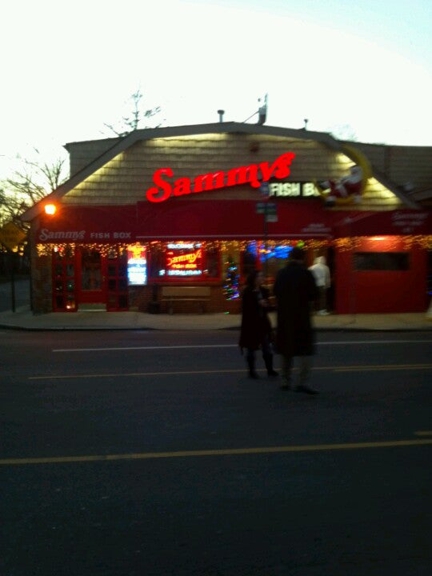 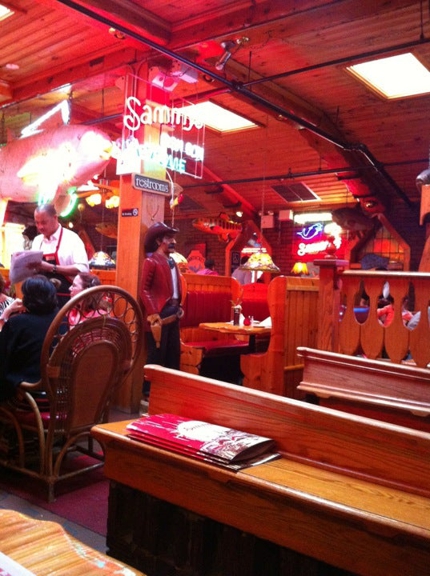 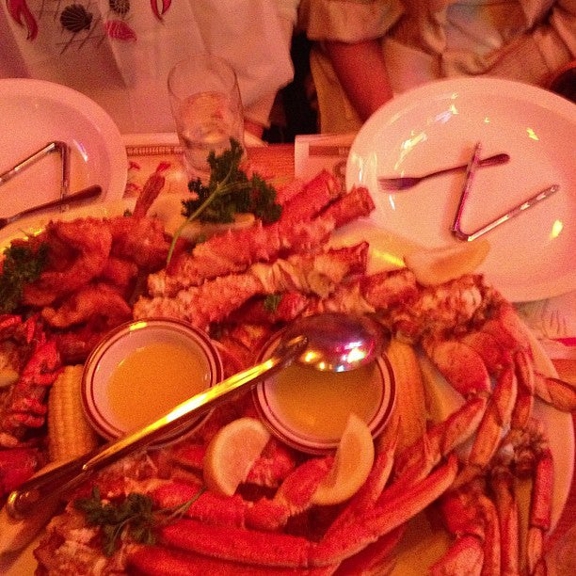 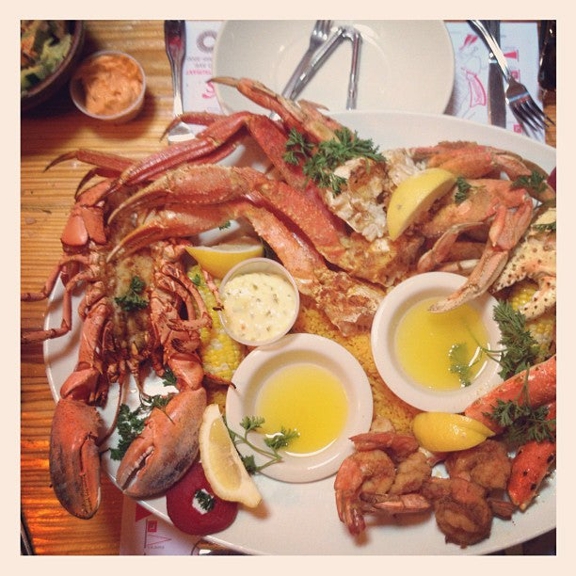 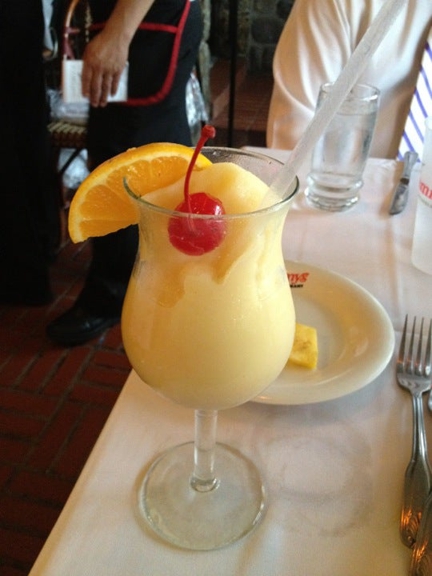 Great experience at this restaurant, parking is good and the service was better than i expected it to be

Over 30 years I have gone to Sammy's Fish Box, and seen its improvement, it was more about taking friends there as a novelty then for terrific food. Today I can say everything was better than ever, and can now place you guys in the five star food and service category. The prime rib was slamming and so was my friends NY strip. YOU guys Rock!!!

I won't be back to Sammy's Fish Box. If you go, expect huge portions of over-priced, under-seasoned frozen food. It was noisy, crowded and kind of grimy. They packed us in like hogs to a trough. It was not the relaxing dining experience I was looking for. If not for our cheerful and attentive waitress I would have given Sammy's one star.

While waiting in line to be seated at a cramped table we were subjected to a sleazy manager named Steve verbally abusing and curse out a waitress in front of us. It was appalling and unprofessional. Her crime was seating a lucky party of two at a four person table.

Our two seater was so small they could barely fit the bread plates, relish tray, salad bowls, wine glasses, and finally entrée platters on the tiny table. The busboy didn't bring us water until we asked the waitress halfway through the meal, and even then they had to remove a bread plate here, and salad bowl there to negotiate room for the water glasses.

If you enjoy paying a lot of money for bland, previously frozen seafood served in a rowdy atmosphere, then Sammy's is the place for you.

They food was GREAT but the waitress, young girl, with the blond streaks in her hair made our experience POOR tonight. We had to ask for water, napkins, and even the plastic bibs. Food was worth the $120 but won't come back. I don't like to beg.

All I can say is AMAZING! But definitely expensive for someone on a tight budget...